Dealing With Failure on a Farm 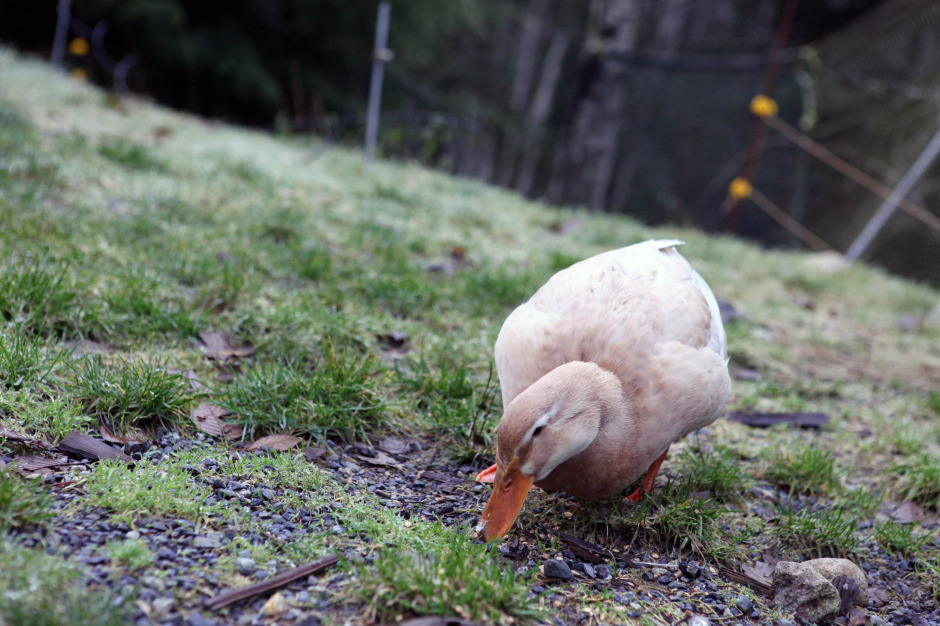 “Farming is a profession of hope” – Brian Brett

The other day a group of homesteaders and farmers I know were circulating stories of everyone’s biggest failures. At the time, I considered mine to be a wasted investment of far too much hay that went moldy before we could even get through half of it. As a result, I’ll be trekking back and forth into town for hay over the next few months, kicking myself that we didn’t have better foresight (and ultimately, ventilation) to protect our investment.

My answer has changed today. Lost money doesn’t seem to compare to the loss of a life, especially a feathered one that was handpicked out of a dozen to be just one of two pairs of webbed feet on this little homestead.

But then when it was time to check on the goats and lock everyone up, there was just one duck. Not a pair. Just one lonely little, looking confused and rather concerned at being all by herself.

Wandering around the yard in the dark didn’t bring her back. Looking in all the spots we can sadly say we might expect a racoon to drag their prey…no dice. She’s not here and my heart is too hardened to allow for the glimmer of hope that tomorrow morning, or perhaps the day after…she’ll be back.

Our greatest failing isn’t moldy hay. In fact, the failure there would have been overlooking the mold, feeding it to the animals and risking their lives as a result. Our error was caught almost immediately and no goats were harmed in that slip up.

A duck was harmed in this slip up.

“‎A farm is a manipulative creature. There is no such thing as finished. Work comes in a stream and has no end. There are only the things that must be done now and things that can be done later. The threat the farm has got on you, the one that keeps you running from can until can’t, is this: do it now, or some living thing will wilt or suffer or die. Its blackmail, really.” – Kristin Kimball

The first time we lost on animal to a predator, anger and guilt co-mingled into tears that needed to fall in curtains before it was possible to move forward. It hasn’t become easier, but the emotions have changed. There’s still anger, but it’s only slightly directed at the raven or racoon or other being that was able to nab one of our beloved creatures. Now, there is still a healthy dose of guilt but mostly anger.

At myself for not jumping up the minute I heard there was a ruckus outside. For being the one to let the two ducks roam a bit outside the run over the last few days, so they could enjoy the ample puddles near the back half of the property. For not making time on Friday to slaughter the roosters that are overdue for their date with the axe. For letting Freya, our dog, snuggle up next to the bed while I napped instead of being on guard during the dusky hours when predators are most hungry.

Yesterday we had two ducks. Today we have a single duck. Tomorrow she goes to a friend with ducks, some of whom she was raised with and will already know well.

There are lives at stake on a farm. We are responsible for so much more than just ourselves and we take this responsibility seriously, even if today we didn’t take it seriously enough. There will be more failure, more losses, more piles of feathers. More tears and swear words and anger for those moments when we’re human, unable to do it all but certainly able to do it better.