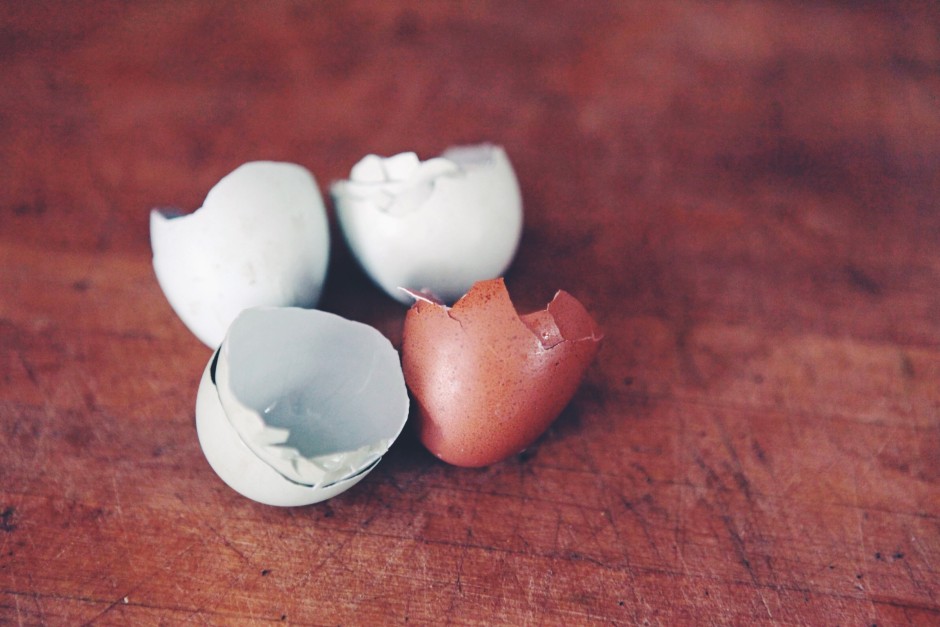 Occasionally we receive compensation for posts. We only accept compensation when the products or businesses are something we actually use and would recommend independently – and we are always upfront when sponsorship is involved. This article was sponsored by Fisher-Price, but the opinions (especially the following variation on their much more reliable cake recipe) expressed here are my own.

Back in the hazy, sleepless days of newborn-ness I had this idea that I would bake a cake every single month. I even did it the first month. The idea being that by the end of the year I would have these beautiful images of all the delicious cakes that represented the various seasons as we (presumably) floated through early parenthood with all this time to play in the kitchen.

But then the realities that come with a baby who starts to sleep less and need more…along with a garden, goats and the rest of the menagerie around here…firmly set in. Now we’re just about thirty days out from her first birthday and I’ve started to wonder what that might look like.

We try to be fairly minimalist in our approach to parenthood, but her first birthday is a big milestone. You only get one first birthday. She’s got teeth and an unbelievable amount of hair and sort of says cat, dog and goat. She’s gone from squishy blob to slightly less squishy little human. She’s one.

So when Fisher-Price asked if I would try out the party planning ideas they developed with professional party planner Nancy Zaretsky for myself, I figured it was worth a shot. Especially since my usual approach to cakes is “the boozier the better”.

That doesn’t exactly seem appropriate for baby’s first birthday, does it?

Looking at the farm-y straw bale cake on the site I wondered if perhaps I could figure out a way to make it sugar-free and carb-friendly for grandparents with diabetes as well as Scott and I who have been committed to the Keto diet for over a month now.

No sugar.
No flour.

Could it be done? Will it be tasty?

First, we needed to find a cake recipe that didn’t use flour. The kicker for our family is that almond flour is not an appropriate substitute due to Scott’s allergies. This one from Savory Lotus seemed like it would do the trick. However, we’d need to modify it a little further to take out the honey. In comes this handy trick for using stevia. Finally…sugar free frosting. The pictures made me a little skeptical that this would fair well with the kind of piping I needed to do (spoiler alert: I should have heeded this hesitation) but vanilla cream cheese sounded pretty delicious.

I almost forgot one more slight deviation. We are currently overrun with adorably teeny little pullet eggs. I estimated that four peewee eggs would be approximately the same as three regular sized eggs.

I carefully followed the recipes but did note that when I spread the batter into the pan it seemed a bit…light. Thin. Turns out, coconut based batter doesn’t rise so much. Sooooo…thin it was indeed. I used a mini loaf pan to cut out three layers, which when stacked ended up about the height of a hay bale. Next, I whipped up the frosting and let it sit in the fridge for about an hour to try and thicken it up a bit. I tried to combine a little bit of brown frosting with green frosting to more accurately convey the variations of a hay bale. I’m sure you can visualize exactly what my Pinterest-fueled mind was thinking.

Once frosted, here’s what we had.

I’m going to give you a minute to let that image really set in.

Not exactly ‘hay coloured’. Looking more like a mint green ottoman than anything remotely farm-y. Now the moment of truth….would it taste good? I opted to describe it as “savoury”, however Scott’s word of choice was “sour”. You might also note that the frosting was rapidly melting away as we continued to document this whole scene.

So…a valiant attempt, or an attempt at least. But we still have a ways to go before I think we can confidently say we’re ready to celebrate Isla’s first birthday.