If The Shoe Doesn’t Fit: Lessons in the Acceptance of Transitions 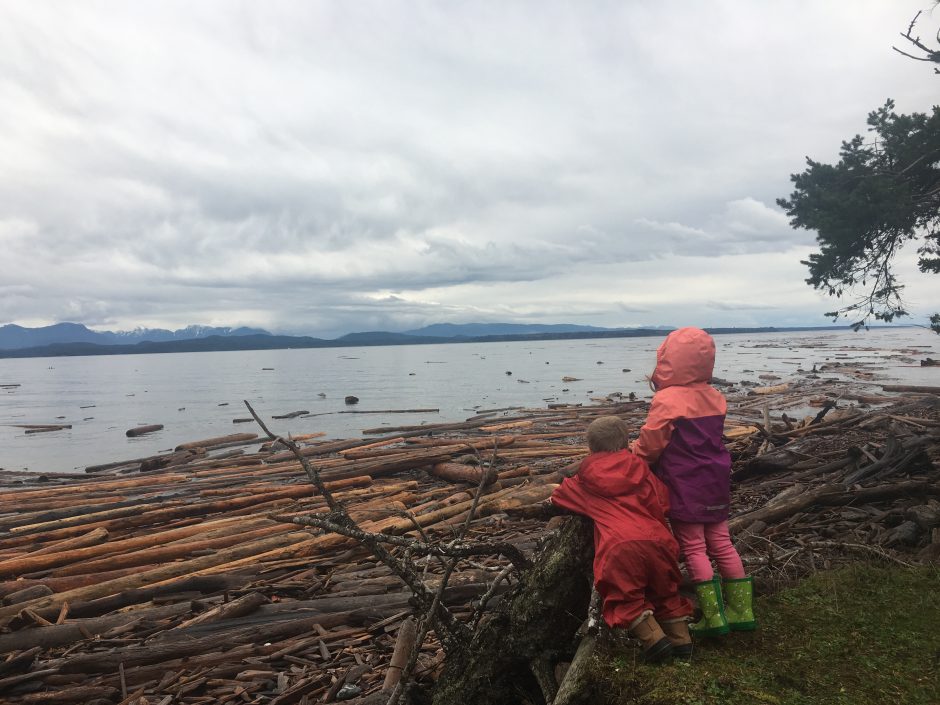 Over six years on the west coast.

Closing in on seven (seven!) years together.

Twenty-seven months in our 16×20 temporary home.

Two children instead of two babies.

A fig tree. And the fig tree that replaced the first fig tree.

Cords upon cords of firewood.

This adventure of ours – myself and that wonderful gentleman who so graciously operates as my partner in parenthood, livestock management, business and love – is ours. Unlike chapters in physical books that can so neatly be titled and assigned pages where you know exactly where you stand (at least functionally) in a story…life is not like that. Our “narrative” (barf) is not the same. We’re living, breathing, human beings who inevitably experience changes that both pop up out of nowhere and sneak up behind us.

Taking A Step Back

Our advantage and downfall is how full force and big both of us tend to think – in so very many ways.

In an entirely different province, snuggled up in a condo high rise, a million moments ago – or at least it seems – a boy spoke dreamily about chickens and gardens and bees. A girl equally eager for change leapt at a chance for a new adventure on the west coast. As luck would have it, their strong personalities didn’t destroy all that was good before they could even really know whether their coupledom would make it through such shifts…less than a year before fatefully appearing on the same front stoop, at the same time, on the same night, to help the same friend.

When we transitioned our lives up to Cortes, we grew stronger and learned more about ourselves and each other than might have been possible without such a stark shift from our old lives. Our professional work made it possible to retain ties and connections (and contracts) with the outside world – while still experiencing the freedom to explore a new way of live. Breathing in the outdoors and shifting our relationship with the food we consume.

We used to have this rhythm of chores in the morning. Our time to figuratively dance around the property feeding, watering, cleaning, collecting. Together. Where we would move in chaotic harmony to get it all done then move onto the next part of our crazy mix of digital homesteading which was both unpredictable and rhythmic. A lifestyle that soothed and inspired. Energizing both of us while simultaneously offering a new level of previously untapped, intentional calm.

A life that just worked, even with the introduction of Miss Isla into our lives…it just worked.

The tent. The house.

Our mix doesn’t allow for dancing anymore. Our dreams have grown bolder. Our commitments bigger. The stakes higher, the family expanded, the herd multiplying as our hearts and arms stretch to provide all that we can to our little family.

A Line in The Sand

In December, at the tail end of weeks of new wins, travel, meetings, deadlines and teaching…we were faced with two horrible setbacks on the farm.

I was in Vancouver during all of this.

I received the first call about Olive at the airport (simultaneously hearing over the intercom that I would not make it home as the fog was refusing to lift and allow planes to depart from YVR). This was on a Thursday night – which would mean three days less with my family for the month since I would need to be in Vancouver bright and early the following Monday.

I received the second call on Sunday morning. Trying to picture and having entirely no concept of how my remarkable one of a kind partner in everything was somehow calmly navigating a suddenly half blind goat (who refused to be caught) with two toddlers solo. If you’re trying to do the same, double the amount of mud and reduce the amount of help a toddler can provide by 90%. Don’t forget about the laundry list of chores (including laundry) that also need to be done on top of this new fun.

Helpless, useless and incapable. Too far away to grab each other’s hands and dance through this one together.

Something shifted. The gravity of just how much unbalance and strain there was between our vision for this life together and the day to day reality of our current litany of responsibilities and passions just….hit. We should be excited about all the progress on the house. We should be able to take a step back and look at these beautiful children and know this is all worthwhile. We should be more than just erratic ships passing in rough waters, unable to know whether we’ll end up in the same city, let alone harbour, at the same time.

I choose you. Well, him. Words that I’ve said over text, in person, on the phone and via Zoom every time I feel the need to vocalize the most important intention and priority in my life. You. I choose you.

Over every single other choice in our life (kids excluded, obviously, I shouldn’t have to write that) the number one thing I want more than anything in this world is to ensure that we’re not self-imposing so much ambition and vision onto the us that I love…that we can’t or won’t be an us anymore.

If something happened tomorrow and everything disappeared or burned down or floated away or…anything. He’s it. We’re it. And so, tough choices need to be made about how to prioritize every single other thing in our life around that irrefutable fact.

Knowing that there has to be a choice, after a great deal of soul searching and overwrought discussion about where we want to be (who we want to be!) in the next five, ten, fifteen years…we’re officially taking off the farmer title for a spell – one that was already admittedly rather dusty and bent by now.

No, we’re not selling the property.

Yes, we’ll finish the house. We might hang on to a few chickens. Perhaps a handful of goats. Have we entertained moving back to the city? It would take…I’m not even sure what it would take, but I can’t see there being a need for us to do so unless we truly wanted or needed that change in our life.

What we are doing is saying uncle and no longer parallel pursuing a career shift tantamount to becoming a self-taught heart surgeon half way through a successful law career. Packing away the crumbled dairy plans and focusing on our family and the truly incredible clients we’re incredibly honoured and lucky to work with professionally every day.

It feels disappointing to even read that – like I’ve smushed a significant part of my identity. Our identity. I know how much finality and weight comes along with such a decision, particularly because we’ve chosen to invite so many active and passive viewers on this journey almost since the very first big leap. But this is a shoe that no longer fits and I don’t think there’s a cobbler out there equipped to fix it. A page that needs to more firmly turn so that we can be open and receptive to what’s next on this journey called life.

This has been – and continues to be – one of the more challenging periods in my life and although the clouds haven’t completely parted, I know in my heart that I’ve drawn enough out of it to make the struggle and disappointment and occasional heart wrenching defeat worthwhile. I still love this land but I love my family more. I get so much out of my time with these animals but I’m fortunate to also have never stopped being energized and passionate about my ‘day job’ that pays the bills and feeds these animals. How can I be sad when there is so much good to appreciate?

I’m sure I’ll have more to say on all things related to the various trials and tribulations associated with all that we’ve accomplished, attempted and failed at over the last several years…but for now we’re focusing on us while pruning and minimizing everything swirling about in our collective world.

If you’ve made it this far, I thank you. If you were hoping when you first followed along with us on this journey for a story about a clean shift from urban to rural, we’ve never been that – we’re the weirdos who are taking conference calls from a canvas wall tent, delivering triplet goats after sending off a strategic brief for a new project or breaking from building out a new website design to hunt a brutally savage mink mid-chicken massacre. I can recommend several individuals, couples and families out there who have leapt farther into farming than we ever had – they have been an inspiration to us and will continue to be folks I follow vicariously for a virtual kidding/lambing fix.

As much as this may be a disappointing turn of events to read about, there should be hope and maybe a glimmer of inspiration in the idea that you don’t always have to stop consciously cultivating who you want to be, where you want to go and what matters most in this life. You can go down a path and double back without necessarily feeling that you’re actually taking steps back. They all count.

I’ve almost come to terms with the irrefutable fact that there will inevitably be factors or obstacles that I simply can’t change.

But you might be surprised to find more choice the you realize exists if you look a little closer and take stock of what you want most in life. For me, it’s us.

Thank you. For the comments and the responses and the tagging and all the advice over the past few years. I’m not saying we won’t be back, but for now you can expect continued hunkering down and quiet while we make good on all these shifts and re-orient our lives for better sanity, peace and love in our day to day.

Of Dreams, Decisions & The Opinions That Surround You

Work to Farm, Farm as Work