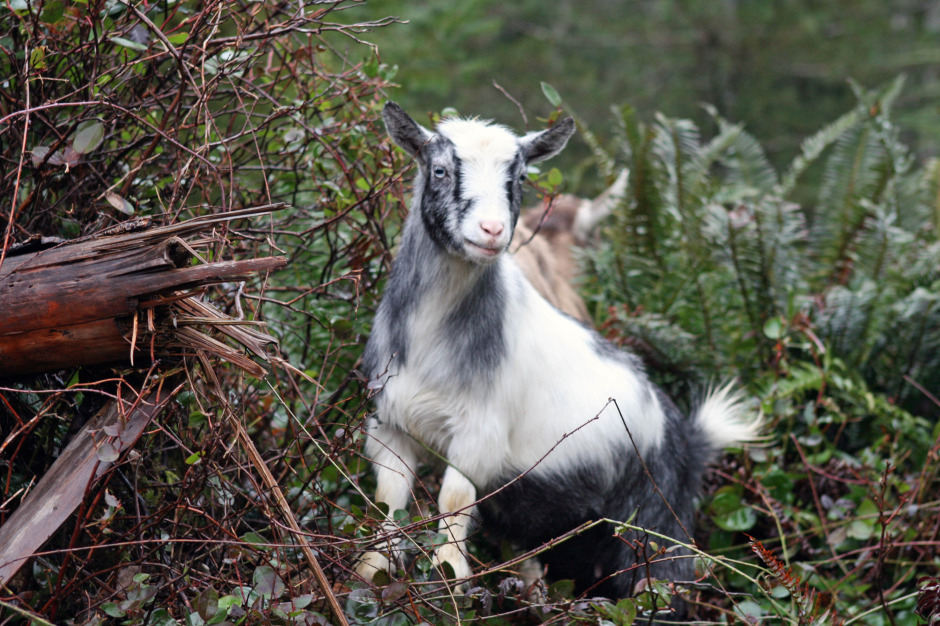 The timing couldn’t have been better.

I’ve been checking in on the girls every couple of days to see how things are ‘progressing’…which basically means a gentle poke to the area where their udder will be (at least in the case of the three first time fresheners, Maple (pictured), Waffles and Pancakes. This will be Gertie’s fourth kidding, so we have a better idea of how her pregnancy and labour will play out…once her udder starts to ‘bag up’ it’ll be 24-48 hours before kids are on the ground.

Little pouches! Very clear indicators on both Waffles and Maple that they are now 4-6 weeks out from kidding. Pancakes, who was the first one I thought was likely pregnant, appears to be less so – which was a helpful comparison as I quickly switched back and forth between all three girls to just feel sure that I was feeling what I thought I was feeling. Yes, I know – it’s weird I was poking around under there but this is how we know…at least how we know when we haven’t kept the boys separate with specific dates marked down for when a breeding happened.

As excited as I am, this is also a point where I start to fret a bit, not wanting to repeat last year’s nightmare. Gertie delivered two bucklings a couple weeks too early at the beginning of January. Too cold for them to thrive, despite arriving approximately 5-10 minutes before I walked into the barn, too young/weak to latch on. Too soon (we were on a very different pregnancy timeline, thinking she was due in late April) for us to have our kidding supplies all in order. They did not thrive and both had died within twenty four hours. You can bet my kidding supplies are now all in order. We’re ready (at least as ready as I suppose you can be for all the unexpected that comes with birth). I’m picking up a baby monitor tomorrow to keep an eye on what’s happening in the barn and we’ll be all set to see kids appear in the new year. Hopefully not on a frightfully cold wintery day.

But just in case…I have a few wooly kid coats in my goat birthing kit.

Knowing When and How To Save a Life

Everything With A Purpose