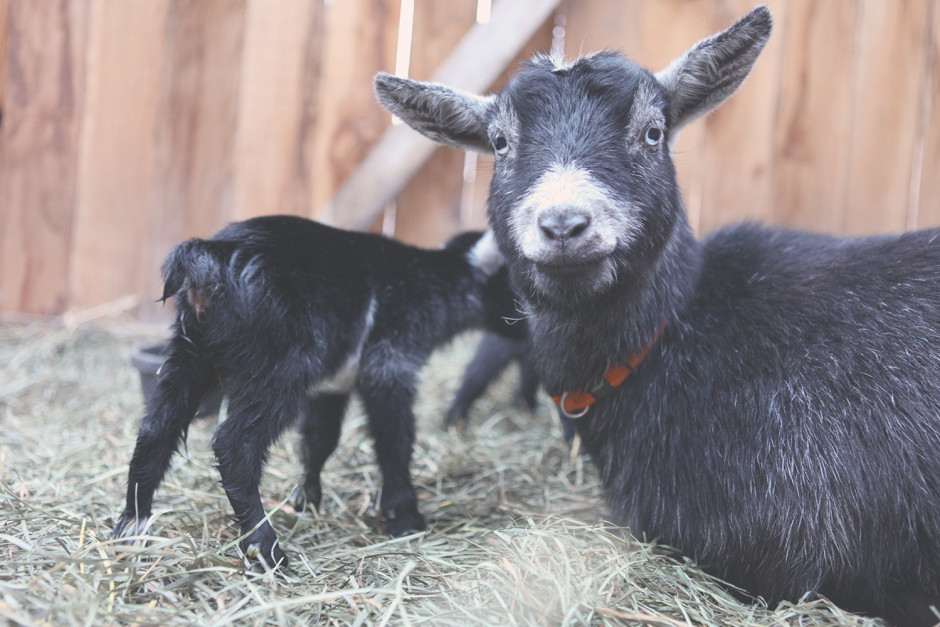 I tried so hard to get home. It’s a wonder I didn’t abandon my car in Campbell River and make a run for it to leap onto the ferry in order to somehow, someway make it back to the farm.

A different story, still yet to be told is why I happened to be in town in the first place. It all started with my old Ford truck that happened to run away with me a week ago. But I’ll leave that cliffhanger right there and simply say I had been over with the mechanic getting it checked out and in working order again. Staying overnight in town is a blessing in two ways. The first is I have a soft spot to land (hi Mom!) the second is that said soft spot means special time to chit chat and catch up with my mum and dad on a semi-regular basis. Having them so close by is one of the reasons we love where we live so much.

So Scott and I spoke on Friday morning and Waffles was in labour. And not happy about it. I was speeding my way down the road (in my Matrix, not the car that is still in the shop for extra TLC) to pick up hay then intended to make it back for a very specific ferry time. The time that would make the difference between being home just before one and being home a little after three. Instinctively, I knew this narrow window of just a couple hours would make sense…but that didn’t change my arrival time at the dock. Just two minutes late so I could see the ferry as it started to drift off toward Quadra. I killed time grumpily picking up a few other essential items that were on the “if you have time list” then made it back to the dock to wait for my aquatic ride. I spoke to Scott again on the ferry over to Cortes…still good? Still good. Maybe she’ll hang in there and I’ll be there.

Do I have time to stop at the post office?

Right, now is where you’re thinking “you seriously went to the post office when you were feeling all these feelings about needing to get home?” And I went to the post office. And I picked up the couple of packages and letters and then made my way home.

As soon as I walked int he door and saw Isla and our babysitter Julie I knew something was up.

“You should go out to the barn. It’s not going well.” Boots back on, I ran out there to see what she meant. Two little black and white kids were on the ground. One up and wiggling straight for Waffles udder. The other panting like a dog, not getting up. Wild eyed.

Waffles seemed to be staying calm though we would soon notice after the placenta dropped that the gigantic buckling wheezing before me had prompted a slight prolapse which would later heal itself accordingly after a little bit of care under the counsel of our trusted farm advisors and vet.

Back to the out of breath kid before me. We tried to flip him upside down to see if we could dislodge fluid (if it was fluid). We tried to encourage him to stand up and start moving around. We gently, carefully put a few drops at a time of colostrum in the corner of his mouth to at least ensure he got that initial energy boost from mum’s milk.

Then we started to give up a bit and backed off. Let Waffles take the lead. See how this boy would do if we stopped trying to be the ones to do so much.

Hey guess what – he improved.

And now he’s fine. Enormous, bouncy and the same size as the half siblings a stall over who are nearly a full week older. Toasty is a fighter. Which makes sense because his mum is a champion. And his sister? The word thriving doesn’t begin to cover it. She’s spunky as can be and already caught up to her brother who was born at least a half pound larger.

Another reminder. Sometimes when you don’t have answers it’s best to stay out of the way. Let the mama do what she needs to do. Be there if things turn south. But really. You could be helping more simply by doing less when you’re working with nature. Learning All About Indigo