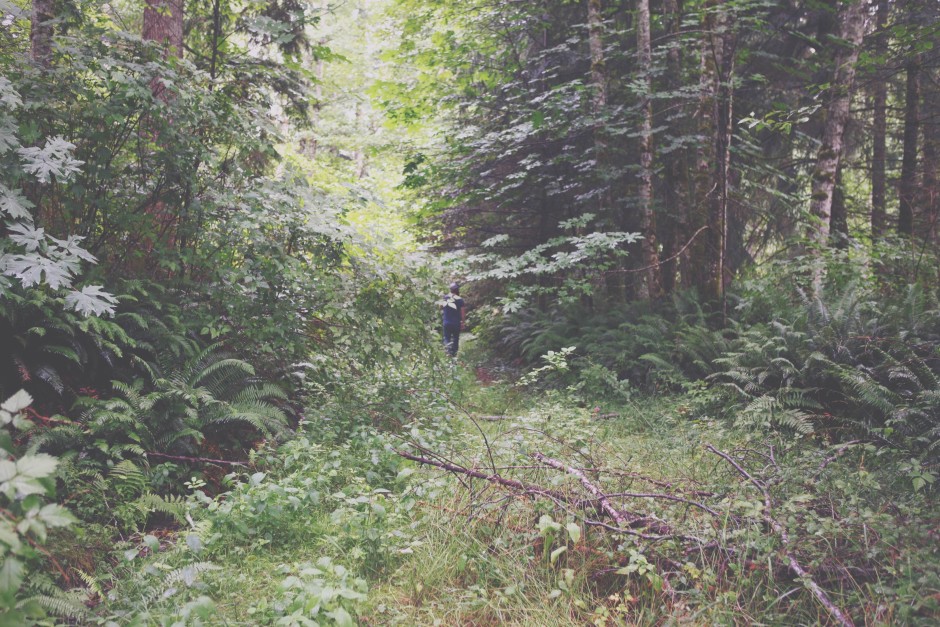 Can you imagine buying a house unseen? Well maybe not unseen but perhaps you walked around the outside of the property, poked your head in the front door and peeked in the windows?

That’s a bit what it feels like to jump head first into land ownership without having spent more than four hours traversing the property since we first came across the listing.

Before making an offer, we had spent a good forty minutes there with our real estate agent then brought our excavator out to look at both this land and another neighbouring property we were also considering. Of course, the neighbouring land was listed for over $25k more, largely due to some substantial trees that could make someone a fair bit of cash i they wanted to sell them as logs for lumber.

This price differential is more problematic when part of your vision is preserving as much of the forest as possible.

On that first walk, we were encouraged repeatedly to try and see if we could make the expensive property work. Our chosen land, the one we’re moving to in August was fine but within five minutes of walking into that other acreage you would have thought you had been transported to Fern Gully.

We tried to make it happen, but while the owners of Fern Gully weren’t willing to budge on price (seriously – they sent us the offer letter back with the listing price as the counter offer) our ‘second best’ option was secured at $20k less than asking.

Yep, if you’re following along with a calculator, that’s a whopping $45k difference between what we would have had to pay for picture perfection versus a slightly rougher around the edges property of equal size.

Of course, while that may seem like a tremendous savings…both are unimproved. Both require a substantial amount of work and money to make them ready for the eventual dairy, farm stays and multiple homes we would like to see there. The initial dollars not spent are quickly allocated to other projects as the number of buildings, amenities, utilities and other farm-y accoutrement are added to the budget. Never mind if our new homesite requires a substantial amount of land sculpting to prevent flooding or something ‘minor’ like that…

I’m happy to report our initial walk on Friday proved we shouldn’t need to worry (too much) about that worst case scenario. By the time we had made our way into the heart of the property it was clear that the land we’re so eager to migrate to is actually better than we had originally thought. There are beautiful old Maples and tall, proud Fir trees we want to preserve and protect as we figure out where to set up the eventual homesite. There are natural clearings that will make it possible to be cozy and settled in by the fall.

It all feels overwhelming, but it just feels right.

Land: What Do We Really Want?

What It Means When Land Is “Unimproved”

What It Means When Land Is “Unimproved”

And So, We Officially Celebrate Land Ownership